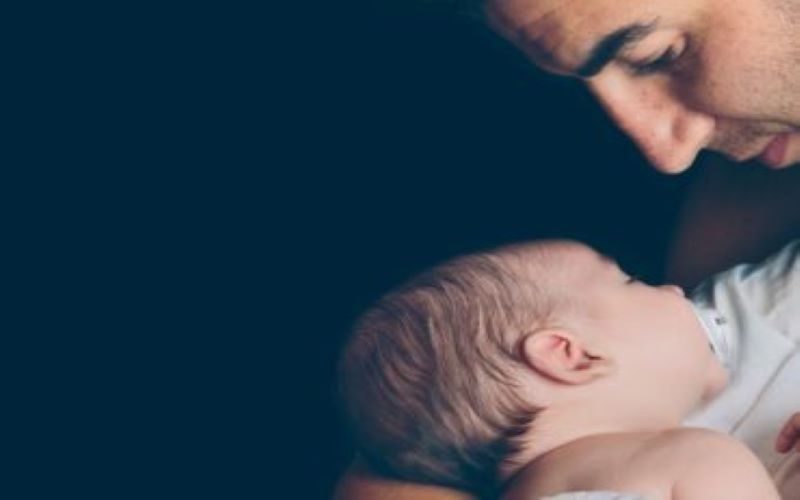 The only difference is that Seth, who is the baby’s father, used his own egg (and donor sperm) to create an embryo. The embryo was then carried in Seth’s wife’s uterus and a healthy bouncing boy was born 9 months later.

Seth, a transgender man, was able to swap his regular testosterone treatments for oestrogen to make this happen

Having transitioned from female to male at 25, the now 41 year old was distressed by the ‘toll’ the oestrogen took on his body (in the form of curves and menstruation), but he was able to go back to testosterone immediately after his eggs were harvested.

He and his wife Leah hope to have another child using at least one of the 13 embryos that they froze during their journey to have Arlo. Seth and Leah recently opened up about their fertility journey in an interview with the New York Post.

Seth said. ‘I longed for — but never thought — I would have my own biological child. But, as soon as Leah and I got serious and I suggested this course of action, she said: “I’m in!”‘

While the couple said that they wouldn’t trade Arlo for the world, the psychological effect of taking oestrogen and exhibiting female bodily traits was really hard to deal with, It was all worth it though after Leah underwent two rounds of IVF in early 2015, and delivered their beautiful son Arlo, a 6lb 3oz boy in October of that year. The healthy little boy is so very loved by his mum and dad, and he knows how special he is and how much they yearned for their dreamed for son. 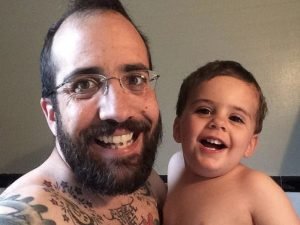 While the little one is still too small to completely understand the whole fertility process that brought him into this world, he does know that he was made with his dad’s egg. He’s asked for a little brother or sister, so Seth and Leah might take this road again sometime soon.

What do you think about this heart-warming story? We would love to hear from you at mystory@ivfbabble.com  or share your thoughts on social media @ivfbabble